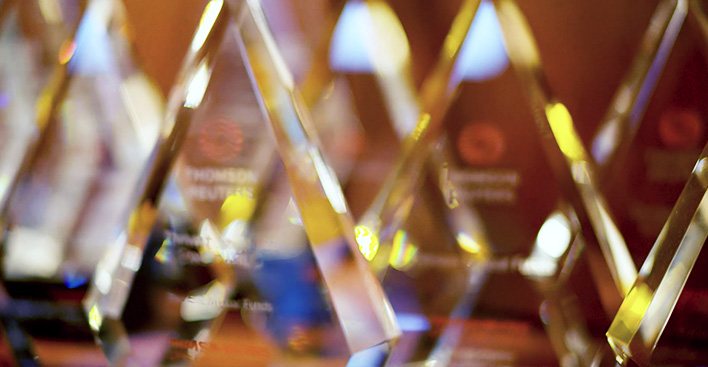 Thrivent Mutual Funds has been honored with seven 2019 Lipper Awards from Refinitiv for its Small Cap Stock Fund, Mid Cap Stock Fund and Aggressive Allocation Stock Fund, and earned a group award for the performance of its mixed assets class. The annual awards, which were presented at a gala in New York City on March 7, 2019, recognize the performance of funds and fund management firms over three, five and 10-year periods. Since 2008, Thrivent Mutual Funds has received a total of 25 Lipper Awards.

The awards this year were based on risk-adjusted performance for the U.S. Region for periods ending Nov. 30, 2018:

“This is the greatest number of awards we’ve won in a given year, and I’m so proud of our team,” said David Royal, chief investment officer at Thrivent and president of Thrivent Mutual Funds. “The Lipper Awards validate our rigorous investment process and expertise. Because of our approach, we’re in a strong position to serve our investors on their wise with money journeys and help them lead content, confident, and generous lives."

The Thrivent Mutual Funds are supported by a team of more than 100 investment professionals who take a long-term, disciplined approach in all phases of investment management including stock selection, portfolio construction and risk management. The funds are offered online at ThriventFunds.com, as well as through Thrivent Financial professionals and other investment advisors around the country.

To learn more about the awards won by Thrivent Mutual funds, visit ThriventFunds.com/2019awards.

To learn more about the Lipper Fund Awards from Refinitiv, visit lipperfundawards.com.

Mixed-Asset Class Award Methodology: Asset Class Awards are given to the best large and best small fund families separately. Small fund family groups need to have at least three distinct portfolios in the mixed-asset class group to qualify for the award. For the 2019 Lipper Fund Awards from Refinitv (based on three-year period ending 11/30/2018), a small fund family is defined as having assets of $76.8 billion or less, excluding Money Market assets.  The Mixed-Asset Class Award is given to the fund family with the lowest average decile rank of the three years' Consistent Return (Effective Return) measure of the eligible funds in the asset class. In cases of identical results, the lower average percentile rank will determine the winner.

From Refinitiv Lipper Awards, ©2019 Refinitiv. All rights reserved. Used by permission and protected by the Copyright Laws of the United States. The printing, copying, redistribution, or retransmission of this Content without express written permission is prohibited. 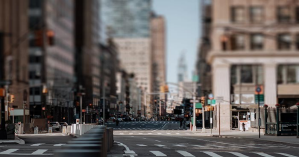