The last two months have seen the largest increase in bond yields in 15 years. The widely followed Bloomberg U.S. Aggregate Bond Index (a good proxy for the overall high grade bond market) has suffered a total return decline of about 10% year to date, worse than many equity market indices. Long-term Treasury bonds have lost nearly 20% in value in just four short months. These returns are the worst in nearly four decades!

The dramatic shift in Fed rhetoric and policy, and the impact it has had on the bond market, also has been the catalyst behind a dramatic divergence of returns across the equity market. The share prices of high-growth technology companies, which make up a substantial portion of broad market indices, have declined sharply, with some down 20-40%.

Meanwhile lower growth, value companies have had positive returns. High dividend-yielding stocks have done particularly well. The 100 companies that have the highest dividend yields (not including REITs) are up approximately 8% year to date.

Such sharply negative bond market returns are rare but shouldn’t be a huge surprise after the extreme developments of the past few years. What has been surprising is how long exceptionally low bond yields have persisted.

Yields had fallen to historically low levels due to a long period of low inflation combined with multiple rounds of quantitative easing, a Fed policy that purchased prodigious amounts of bonds, which helped hold down yields in addition to causing some technical distortions to the market. Meanwhile institutional and individual investors added to the Fed’s bond buying spree in a search for yield and/or safety during the early phase of pandemic-induced uncertainty.

These developments went to an extreme (as they frequently do in the capital markets) when yields fell to levels decidedly below the rate of inflation. And, in an historically new development, yields in many foreign markets fell below 0% to negative levels!

As of now, the Fed has executed only one small increase in short-term interest rates, from a range of approximately 0%-0.25% up to 0.25-0.50%. However, it has strongly laid out its intention to continue raising rates in 25 to 50 basis point increments throughout the balance of 2022 and into 2023. Given that markets price in future expectations, a terminal value in 2023 of approximately 3% for short term rates is already reflected in bond yields.

How does this rare bond market crash compare to history, and what are the implications going forward?

1994 was the last time the Fed made a surprise hard pivot in policy, raising rates cumulatively by 300 basis points, providing the catalyst for a bond market crash. The market reaction then was very similar to today, with long-term bond yields rising over 200 basis points while the yield curve (relationship between 2-year and 10-year maturity bonds) sharply flattened. The stock market response in 1994 was very similar to today. After a sustained bull market in 1993, the S&P 500® declined about 6% in the first quarter of 1994, while defensive value stocks outperformed.

For the balance of 1994, long-term bond yields continued to rise, peaking in December at 8%. Yields then fell precipitously in 1995, erasing their entire 1994 increase! Meanwhile the S&P 500 remained very choppy throughout 1994, ending the year with a very modest loss of 1.5%. The stock market then followed bond prices higher by surging in 1995, with the S&P 500 up over 30%.

In looking at the last bond crash in 1994 and, more importantly, its aftermath, there are some important distinctions to identify. In 1994, the Fed was moving preemptively to ward off inflation. Inflation in 1994 was running at approximately 2.5% (roughly the Fed’s current goal), and bond yields were substantially higher at 6-8%. Thus, the Fed’s interest rate policy tool was much more effective in preemptively mitigating inflationary pressures.

Today, this relationship between bond yields and inflation is reversed, with inflation readings of 6-8%, while 10-year bond yields are still relatively low at just under 3%. In short, real yields remain decidedly negative. Today, the Fed is reacting to very high inflation. Many investors believe that the Fed is behind the curve and will need to tighten more aggressively to contain inflation.

The key to bond market performance, as always, remains the dynamics of inflation. There are some very preliminary indications that inflation may be coming off the boil as Covid impacts diminish, higher interest rates begin to affect final demand (especially the important housing and auto industries), and the impact of fiscal stimulus recedes.

Supply bottlenecks also may begin to be resolved, although there is limited evidence that this is happening, especially given the impact of the war in Ukraine and lockdowns in China. If these nascent signs of moderating inflation continue, the Fed may be more comfortable with a terminal short-term rate of 3% which, as mentioned previously, is already priced into the market. After such poor performance in the first quarter of 2022, the bond market may be set up to at least earn its coupon return for the balance of the year.

However, it is impossible for the bond market to generate the degree of positive returns that were experienced after the 1994 bond market crash for the simple reason that yields still remain close to historic lows at 2-3% as compared to yields in 1994 that were 6-8%. There still is insufficient current coupon income in the market on which to build meaningful returns.

Using the forward price/earnings multiples (P/E) for the S&P 500 as a simple relative valuation gauge, it is interesting to note that the P/E multiple today of approximately 19 is only modestly higher than the P/E valuation multiple for the market at this same time of year in 1994. Thus, valuation in the equity market relative to history is reasonable, particularly as corporate earnings continue to be surprisingly robust.

Like the 1994 bond crash environment, it is expected that the stock market will remain choppy through the balance of the year, or until inflation statistics show signs of abating or the war in Ukraine finds some favorable resolution.

Subsequent to 1994, falling interest rates powered an expansion in market P/E multiples and thus very high returns. Without the chance for a sustained decline in interest rates, it will be very difficult for the equity market to generate returns close to the post-1994 bond crash experience or of the past few years. Therefore, returns will be driven entirely by earnings and not from simple P/E expansion. It appears the equity market can grind out modestly positive returns through the balance of the year.

Significant dispersion of equity returns will most likely persist. Stocks of companies with growing earnings, solid profitability, and strong balance sheets, with reasonable P/E valuation multiples and clear strategies of returning capital to shareholders through dividends and share repurchases, will continue to outperform in this volatile market. Excessively valued stocks of high-growth companies, and those with highly leveraged balance sheets, as well as speculative business models, likely will remain laggards.

In short, the most egregious excesses of the cycle are likely over. A return to good, basic fundamental investing will continue to be rewarding for disciplined, patient investors in the coming quarters.

All information and representations herein are as of 04/26/2022, unless otherwise noted. 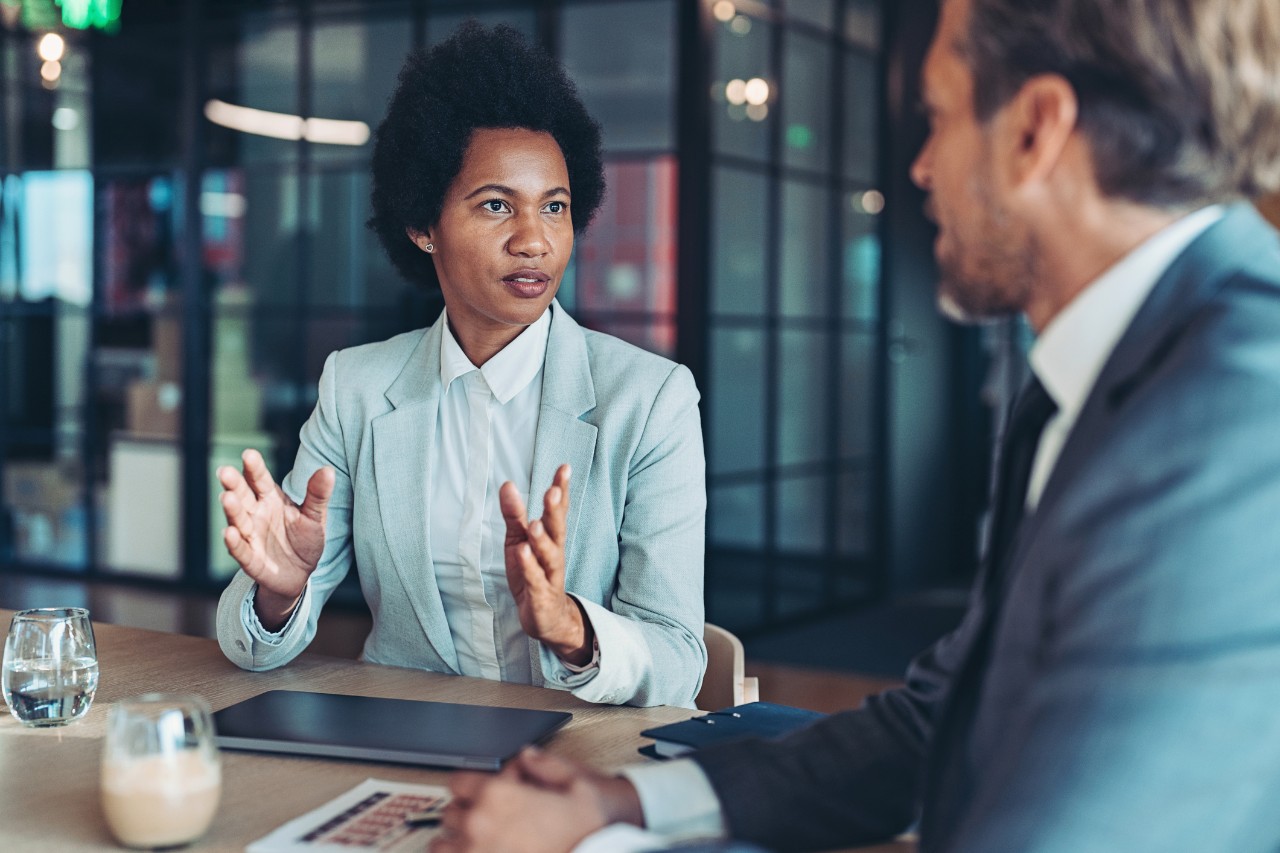 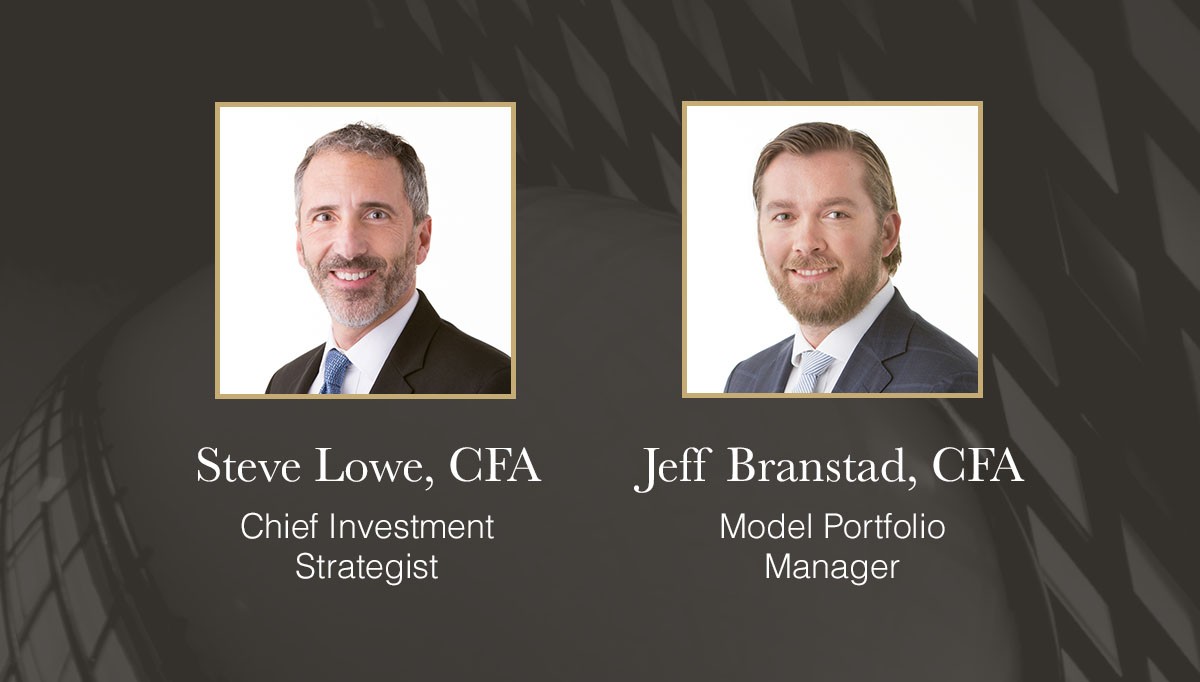