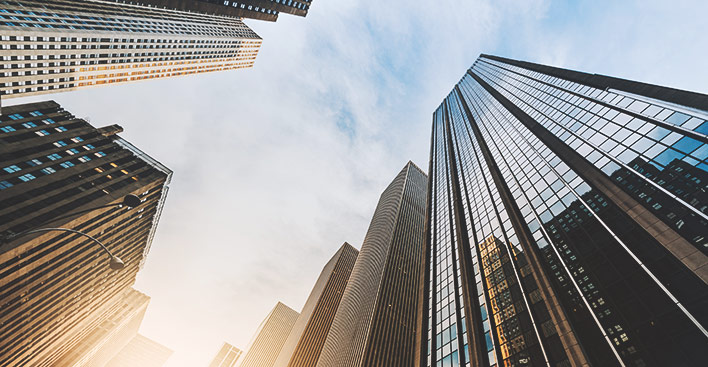 Roughly 8 to 10 percentage points of this growth has been driven by corporate tax cuts, with the majority attributable to a strong economy. As we look forward to 2019, earnings growth will no longer have the tax comparison benefit, but robust economic conditions should still lead to solid earnings gains of 5 to 10%. The industry consensus estimate for 2019 S&P 500 earnings growth is 10%. (The S&P 500 Index is a market-cap-weighted index that represents the average performance of a group of 500 large-capitalization stocks.)

Without additional tax cuts in 2019, corporate growth will be dependent primarily on organic revenue growth and improved margins.

For the past several years, the larger companies in the S&P 500 have been very resilient in improving profit margins through tight cost controls and productivity. While we expect margin improvement to slow down in the coming quarters, we don’t expect them to deteriorate. That said, we do view disappointing margins to be one of the greatest risks to continued earnings growth and market performance.

Here are some key factors that could affect earnings growth in the coming quarters:

Tariffs and the trade war. Companies in certain sectors have faced cost pressures due to tariffs, such as steel and aluminum importers, but the impact has not been broad-based across all industries. Unless the trade war escalates well beyond the current level, we would expect tariffs to have a small, manageable impact on most sectors. Total impact on gross domestic product (GDP) growth would not likely exceed 0.2% to 0.3%.

Economic growth. GDP growth in the 2nd quarter was 4.2% annualized – the highest level since 2014. We expect GDP growth to dip back down closer to 3% in the coming quarters, which is still a healthy level that would support broad earnings growth.

Fed policy. The Federal Reserve Board (Fed) just raised rates 0.25% on September 26 – the third rate hike this year. We expect to see one more rate hike before the end of the year, with more rate increases expected in 2019. We don’t expect these rate hikes to have a significant effect on the equity market near-term so long as the Fed moves slowly.  Later in 2019, the debate about how far the Fed should go will likely emerge, and the chances of a policy mistake increase.

Rising interest rates. Interest rates have been trending higher recently, and that trend is likely to continue in the coming quarters. While higher interest rates can make fixed income investments more attractive relative to stocks, we believe that in the near term, the equity market still offers better return potential than the fixed income market.

Mid-term election. We don’t expect any dramatic economic policy shifts as a result of the mid-term elections.  Rather, the most likely outcome of a Republican Senate and Democratic House will likely result in a very difficult environment for any major policy initiatives to move forward.  Historically, this has been a mildly positive environment for stocks.

Rising oil and materials costs. If material costs, including oil, continue to rise, that could pose a headwind to corporate margins.  However, commodity prices are not currently viewed as a bigger cost risk than normal.

Strengthening dollar. The dollar has been rising recently versus the Euro, the Yen and other currencies. A rising dollar generally makes American-made products less price-competitive abroad, but it can also lower acquired input costs.  This is likely a contributing factor to the outperformance of domestic-focused companies relative to multi-nationals.

Corporate stock buy-backs. Buybacks remain the lone source of net-positive equity purchases in the market. This well-established trend received an additional boost from the changes in cash repatriation policy and tax cuts.  Buybacks are expected to exceed $1 trillion in 2018, which would be the highest dollar level ever. We estimate that buyback activity is adding 2 to 3% to annual earnings per share.

Strong capital expenditures. Robust corporate earnings growth, rising production costs including higher wages, as well as beneficial cash repatriation and tax cut policies have spurred a healthy increase in capital expenditures – which has a positive effect on economic growth. In fact, capital expenditures are growing at about 19% so far this year, which is the highest pace in a decade. Versus previous periods, the capital expenditures attributable to areas such as software, communications, cloud services, and robotics has increased significantly.

Wages. Real wage growth has been muted for most of the last decade, with wage hikes essentially mirroring the rate of inflation. (See: Despite Strong Hiring Demand, Wage Growth Still Lagging) But the tight job market – reflected in an unemployment rate below 4% – and the fact that there are more job openings than job seekers, has begun to inflect wage gains higher. Rising wages would be a headwind to earnings growth and increase the importance of productivity gains and capital expenditures.

Consumer spending. The U.S. consumer remains two-thirds of our economy.  With wages beginning to rise, payrolls growing, and personal savings remaining at healthy levels, we expect consumer spending to be a tailwind for economic growth and corporate earnings relative to expectations in 2019.  This has already been reflected in the strong performances of the S&P 500 Consumer Discretionary sector in 2018.

In summary, we believe 2019 will be another year of growth for the economy and corporate earnings, albeit at reduced levels from 2017 and 2018.  The market will likely generate positive, but lower returns as a result, and will likely be more volatile during this transition to lower growth and the heightened risks of rising rates, a potential Fed policy mistake, and the emergence of more attractive alternatives in foreign markets.  We do not expect an economic recession in 2019, and we think rates and inflation will remain well-controlled, but these variables, along with corporate margins, are the key elements that we will be monitoring to test the ongoing suitability of our current outlook.

All information and representations herein are as of 10/01/2018, unless otherwise noted. 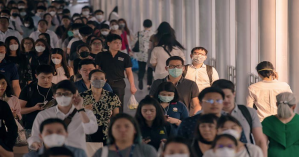